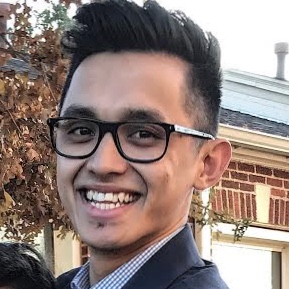 Richey Nguyen Delgado attended University of Houston. He is currently working as the Assistant Store Manager at Celine in Houston, TX. Richey has been a part of YLC for 6 years, as a mentor for 3 years (2011-2013), advisor for 2 years (2014,2017), Program Director in 2015, and board member since 2011. He has an everlasting passion for YLC. He believes that the platform of YLC to change students lives is one in a million. He loves country music, country dancing, playing flag football and golf, coffee shops, and spending time with his YLC family! 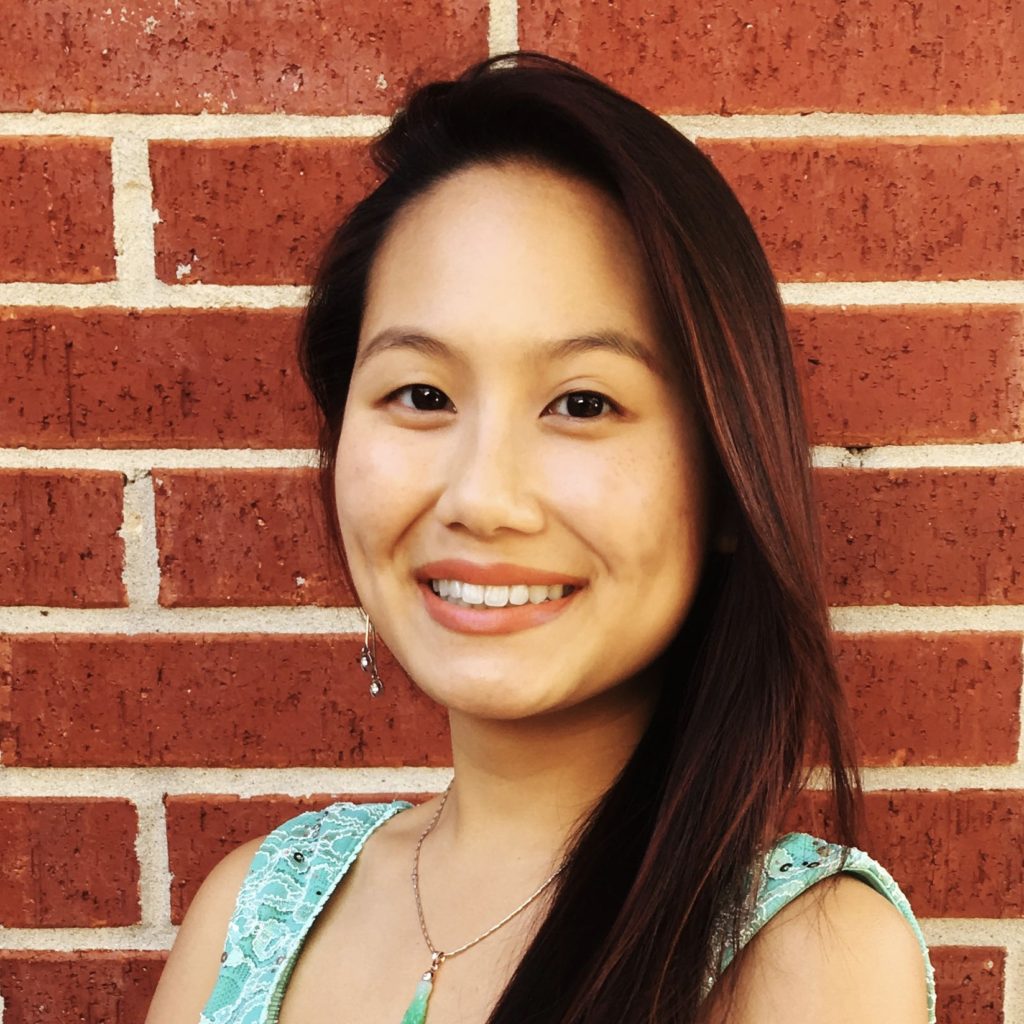 Samantha Le is a Registered Nurse working in the CVICU at Texas Children’s Hospital. She graduated from Houston Baptist University, and she is currently pursuing her NP degree. Samantha has been involved with YLC as a student, mentor, general board member, and exec board member. This will be her 10th year with YLC. In her free time, Samantha enjoys catching up with friends and searching for her next book obsession. 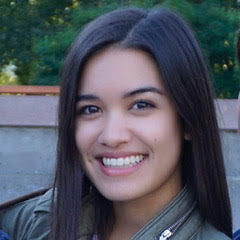 Amanda Lynn graduated from the University of Houston in the Fall of 2016 with a B.S. in Retail & Consumer Science and Marketing. She currently works in Market Development for the financial tech company, HighRadius. Amanda has been involved with YLC as a mentor since 2018, but aims to contribute to the organization she has come to know and love for years to come. Amanda strives to continue and strengthen the traditions of YLC, as she believes it’s a transformative program that empowers the youth in our community. In her free time, she enjoys trying out new places to eat with friends, binge watching TV shows or podcasts and dreaming about new places to travel. 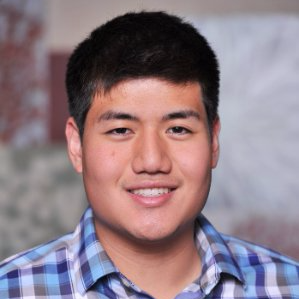 Josh graduated from The University of Texas at Austin in 2015 with both a Master in Professional Accounting (MPA) and a Bachelor in Business Administration (BBA) in the Business Honors Program (BHP) and Accounting. He currently works at Ernst & Young (EY) as a Consultant. Josh has been involved in YLC since 2017 as a mentor and general board member. He is passionate about mentoring and sharing his experiences with Asian American youth because he knows firsthand the importance of having people to look up to and to learn from. In his free time, he enjoys playing basketball and board games, cycling, watching Family Feud, and traveling to new places. 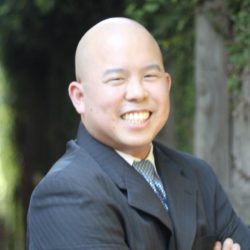 Marcus is YLC’s VP of External Operations. He is currently employed by OXY Petroleum as Manager of Financial Analysis and Planning. He graduated from the University of Houston (go Cougars!) and also received his MBA from the University of California, Irvine (go Anteaters!). This is his 10th year being involved in YLC (6x mentor; 3x VP of Development & Treasurer; 1x VP of Internal) and he relishes the opportunity to proactively mentor the future Asian-American leaders. In his spare time, he enjoys playing collectible card games, traveling the world, eating excessive amounts of Haribo gummi bears and watching Youtube documentaries. 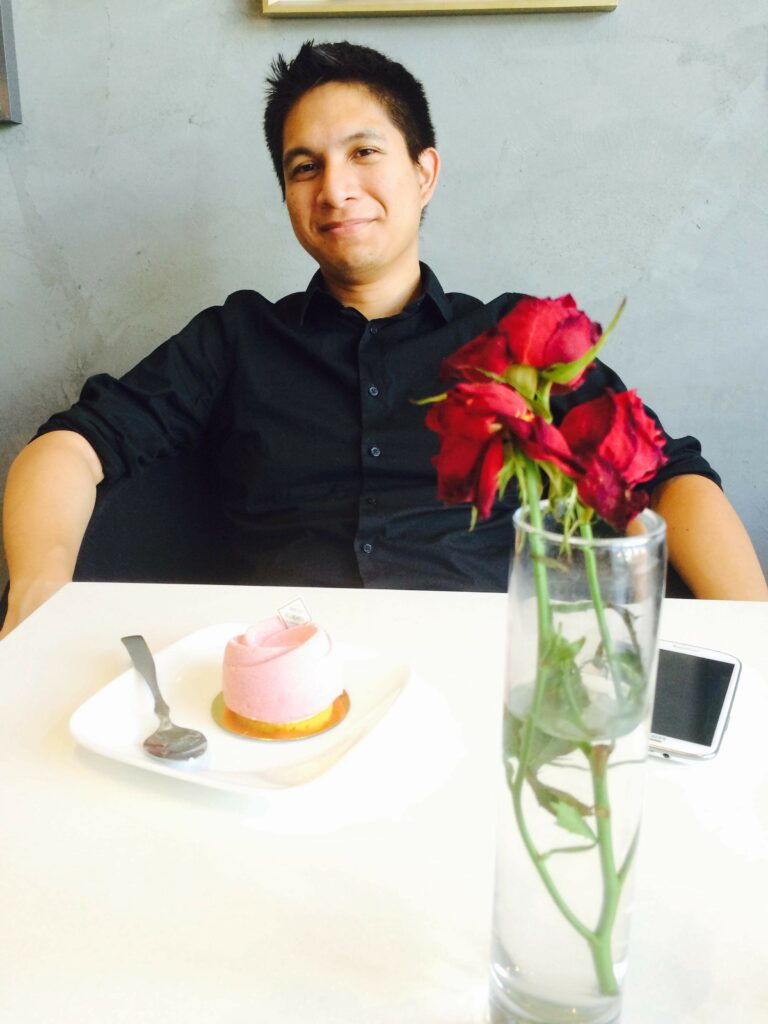 Michael graduated from the University of Texas at Austin with a Bachelor of Science in Aerospace Engineering and from the University of Houston at Clear Lake with a Master of Science in Systems Engineering. He currently works as Flight Controller for NASA at the Johnson Space Center. He participated in YLC as a mentor this past year and excited to return to YLC as a board member. He hopes his experience will help young leaders find the opportunities to seize their own dreams. You can find Michael spending his free time learning Japanese, cosplaying with his fiancé, and playing board games you have probably never heard of. 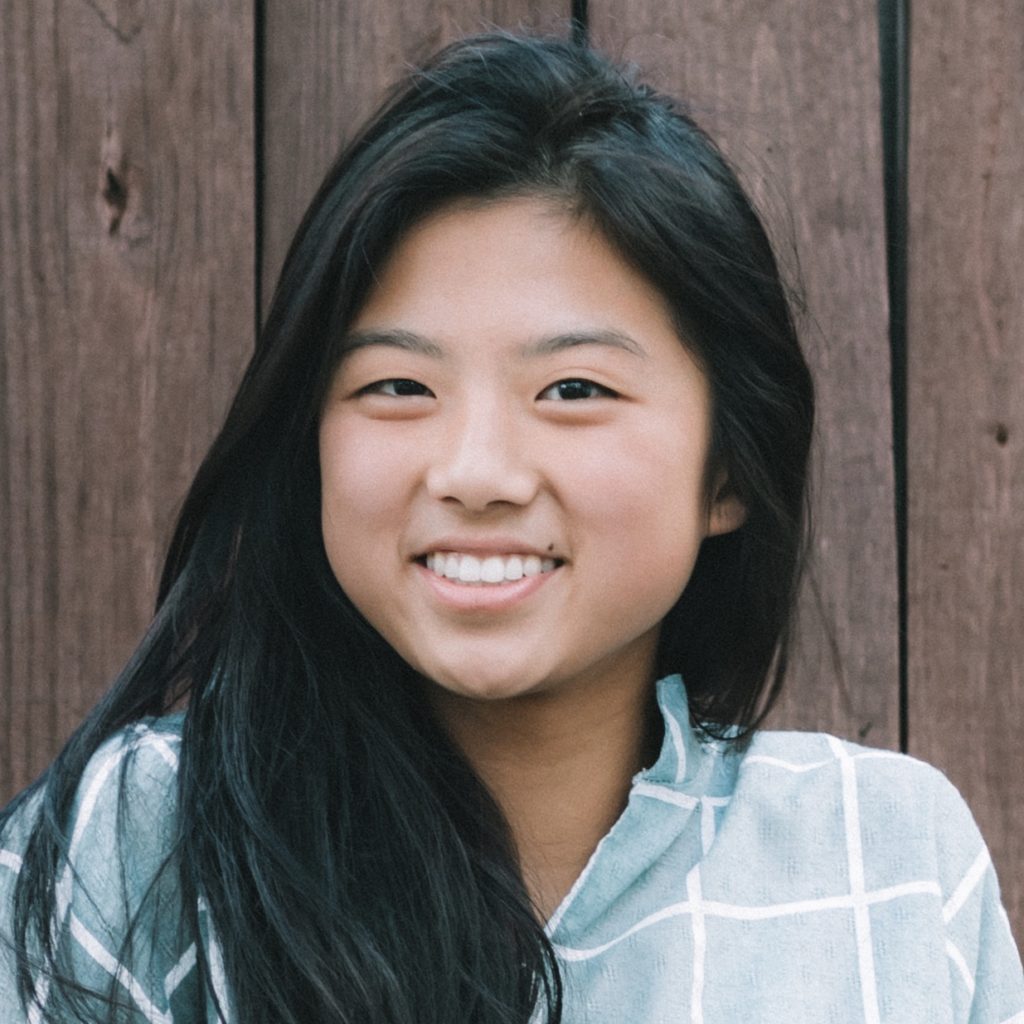 Sue-Lynn Law currently is a Sales Development Representative for WhiteHat Security. She graduated from the University of Houston with a major in Retail and Consumer Science and a minor in Sales/Marketing. Sue-Lynn has been involved with YLC as a mentor since 2018 and wants to contribute to the growth of YLC in the years to come. She wants to share the greatness of YLC with the community and everyone around. She hopes that YLC can make an impact in the community as it has on her. In her free time, she enjoys playing with her pug, working on her fashion blog, traveling, eating, and spending time with family and friends. 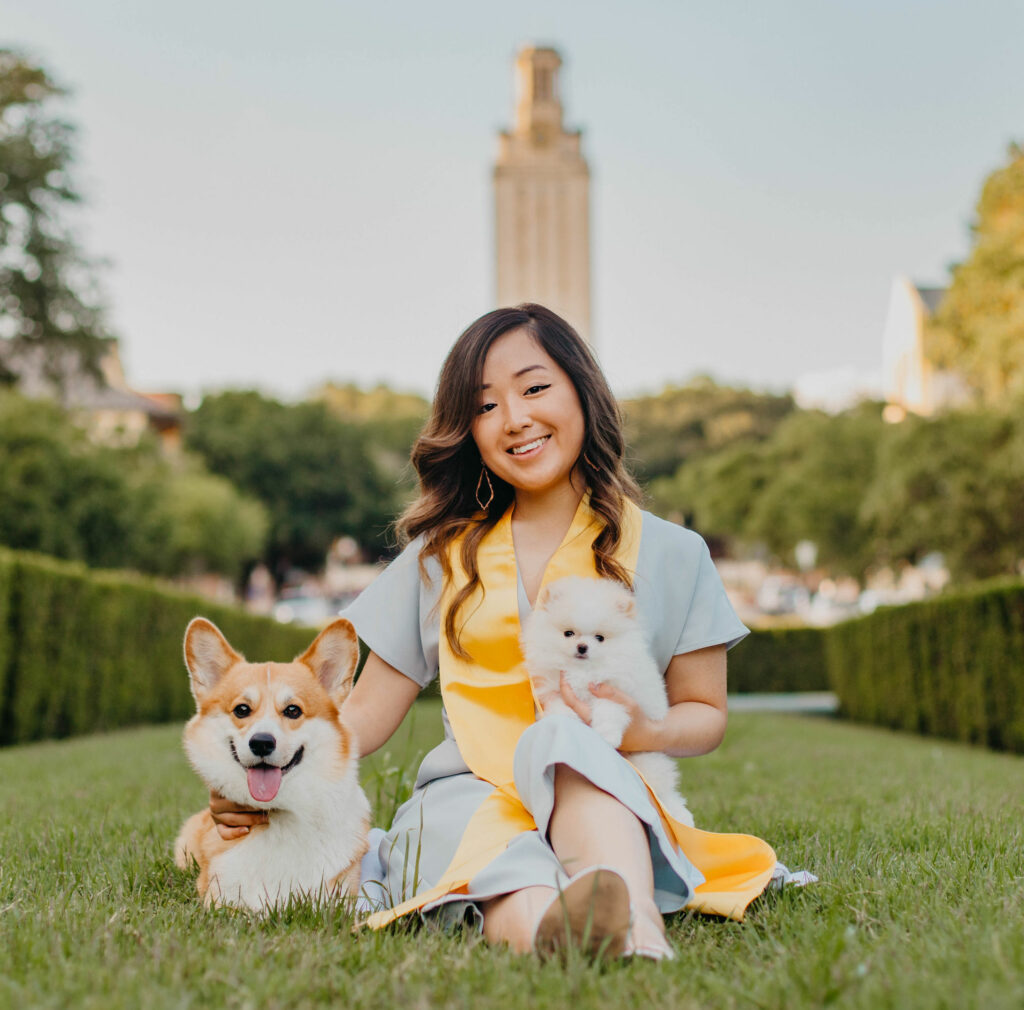 Audrey graduated from The University of Texas at Austin with a BSA in Mathematics and currently works at Academy Sports + Outdoors as a Customer Insights Research Analyst. She attended YLC as a student for two years and a mentor for two years. She is excited to join the Executive Board this year to help build another fun and memorable conference! During her free time, she loves to go hiking in Austin, discover new coffee shops, and watch Netflix with her puppy named Jasper. 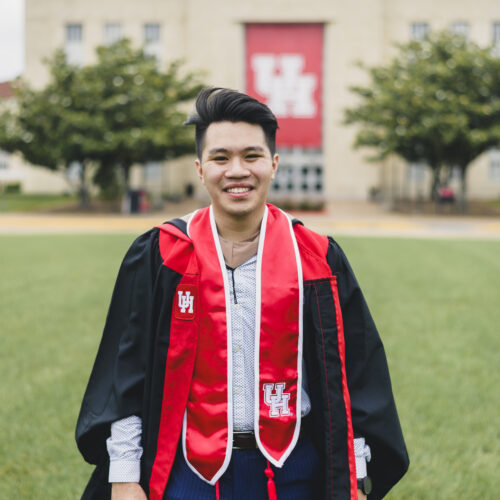 Isaiah graduated with a Master of Science in Accountancy at the University of Houston in May of 2019. He is currently working at PwC in their assurance practice. He has been involved with YLC for 7 years, coming back as a student, volunteer, mentor, and now board member. He fell in love with YLC after making everlasting friendships his first year and has been a part of YLC ever since. In his free time he likes to run, practice martial arts, cook, and relax with his pet cat, Athens. 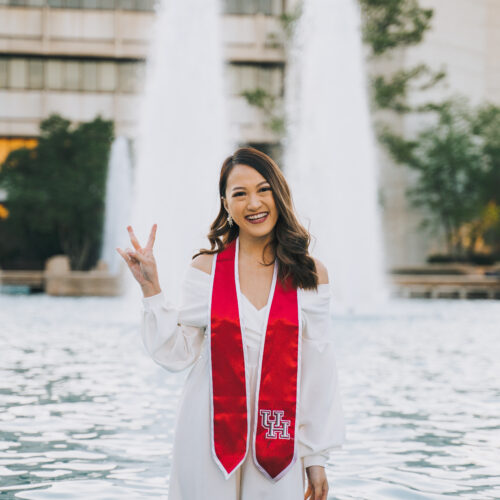 Hayley is a graduate of the University of Houston with a degree in Hotel and Restaurant Management and an Emphasis in Event Management. She is currently an event planner, specializing in weddings and social events, but hopes to eventually expand into corporate events. Hayley started as mentor for YLC in 2019 and is eager to enhance YLC’s value for young leaders in the community. In her down time, Hayley likes to bullet journal, try new restaurants in Houston, and do yoga. 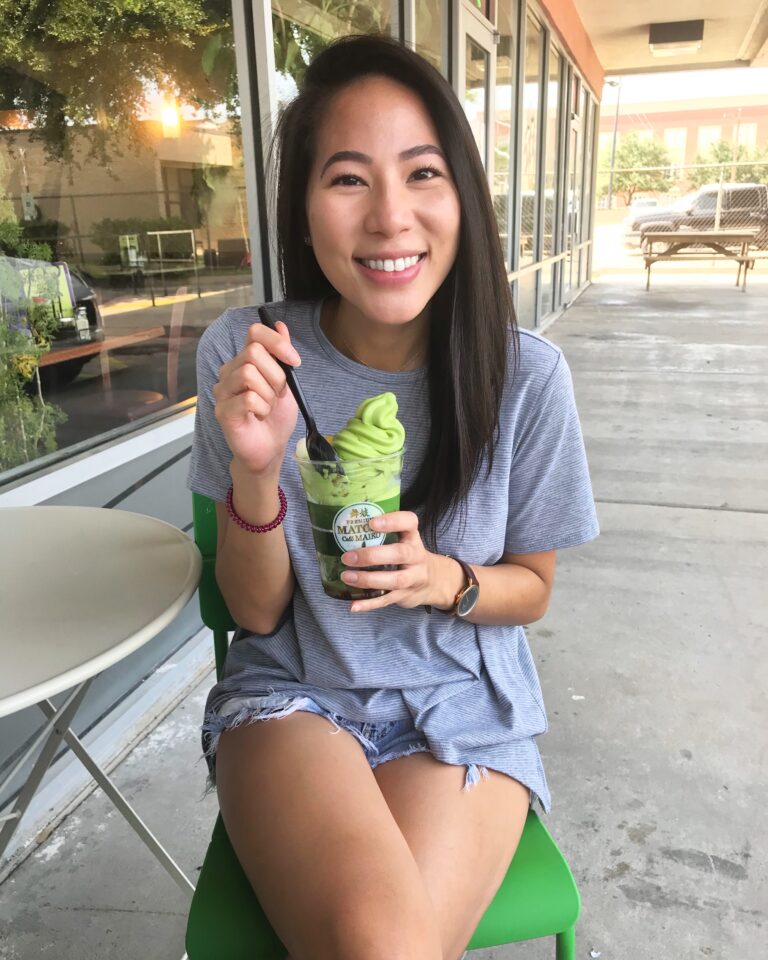 Margaret Tran is a RN working in the PIMU at Children’s Memorial Hermann Hospital. She graduated from the University of Houston in 2015 with a BS in Kinesiology, and from Texas Woman’s University in 2018 with a BS in Nursing. Margaret was a former student and mentor, and is back at it again for her first year on e-board. In her free time, she enjoys spending time with her friends and family, playing board games, baking, traveling, and finding new places to eat!